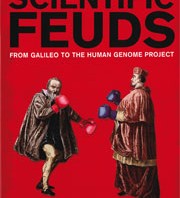 Frequent readers of this blog know that James P Watson (Jim) is a colleague and significant contributor to this blog.  Jim recently sent me an e-mail offering to make personal wager bets with me on two questions related to longevity.  And he followed through with a phone call this morning.  I will accept the offer and Jim agrees with me that we want to invite readers to join in the wager conversation.  At the end of 2013 I will double up in Jim’s stakes and convene an independent panel of scientists to decide who has generated the most compelling argument in response.  That person, be it any reader, Jim, or myself, will receive the aggregated prize money for each wager, that is $2.00 for each, and a letter of congratulations.  Any foundation willing to multiply the stakes is welcome to do so.  Since this blog is not licensed as a gambling site, the money will be given out as a prize and readers may participate without cost

Here is Jim’s e-mail to me:

As I get to know you better, I now feel comfortable enough to create some “intellectual hormesis” between us.  Just like physical stressors are good for our bodies, I think that intellectual debate is good for our minds.  A fun way of creating debate is to do what Stephen Hawkings famously does with his astrophysics friends…..they make a wager.

Based on what I have read of your writings, I believe that you are convinced that the key to understanding aging and doing something about it lies in the Nrf2 transcription factor.  Am I correct?  You are arguing that all efforts to do something about aging must increase the cytoplasmic-to-nuclear translocation of Nrf2 where it can bind to of the anti-oxidant response elements (AREs) at promoter sites.

Based on everything I have read, I disagree with the above fundamental premise and will “debate” with you that “ROS signaling” is not the most important signal. My premise is that low nutrients (i.e. redox signaling due to low glucose, fatty acids, and amino acid substrates) and low oxygen (hypoxia) are the most important “signaling mechanisms” that turns on longevity mechanisms.

Proposal:   I propose that we make an “intellectual wager” for the lump sum of one dollar.  To allow time for the debate, the winner will be “paid up” at end of 2013.  The “wager” is on which is the most important “signaling mechanism” for longevity – “ROS signaling” or “Nutrient/Oxygen signaling”.

Based on what I have read of your writings, I believe that you are convinced that up regulating the anti-oxidant enzymes is the most important cellular adaptation mechanism.  Am I correct?  According to you the most important “hormetic mechanism” is the up regulation of the anti-oxidant enzymes in response to low doses of “ROS” or through administer of phyosubstances that interact with the cysteine side chains of Keap1 (and Nrf2) and thereby effectively act as “ROS mimetics” to up regulate the AREs.

Based on everything I have read, I disagree with the above fundamental premise and will “debate” with you that up regulating the anti-oxidant enzymes is NOT the most important cellular adaptation mechanism.  For the sake of an intellectual debate and a one dollar wager, I will propose that activating autophagy is the most important cellular adaptation mechanism for longevity, not anti-oxidant enzymes.  Specifically, I am talking about “getting rid of bad mitochondria” by mitophagy, rather than trying to “mop up” all of the excess baseline ROS produced by these “leaky mitochondria”. I don’t think you can make enough anti-oxidant enzymes or ingest enough “exogenous antioxidants” to make a dent in the baseline ROS levels.  Both exogenous antioxidant use and endogenous antioxidant up regulation are futile.  Getting rid of bad mitochondria (the source of the excess baseline ROS) is NOT FUTILE. This is why I want to have a debate with you over the next year on this.

Proposal:   I propose that we make an “intellectual wager” for the lump sum of one dollar.  The question is what is the most important cellular adaptation mechanism? (i.e. hormetic response) that promotes health and longevity.  (i.e. anti-oxidant response element upregulation, unfolded protein response, mitochondrial biogenesis, DNA repair mechanisms, autophagy, etc.)  You say it is upregulating the AREs and I say it is upregulating autophagy

Do you accept these two wagers?

This is high stakes !  Two US dollar bills are at stake here.”

My response to Jim and readers is that I accept.  We will open up the offer to everybody and I will double the stakes, raising the grand total to $4 US.  I will wait a week or two to post my own reply and meanwhile invite reader replies via comments.  (My reply is now online.  See the blog entry Response to Jim Watson’s wager challenge.)  Winner will take all that is at stake for each questions.  Readers can win and do not have to pay if they lose.  And possibly also at stake is how long we can manage to live.  An incidental side benefit for  all of us.

“A scientific wager is a wager whose outcome is settled by scientific method. They typically consist of an offer to pay a certain sum of money on the scientific proof or disproof of some currently uncertain statement. Some wagers have specific date restrictions for collection, but many are open. Wagers occasionally exert a powerful galvanizing effect on society and the scientific community. — Notable scientists who have made scientific wagers include Stephen Hawking and Richard Feynman. Stanford Linear Accelerator has an open book containing about 35 bets in particle physics dating back to 1980; many are still unresolved(ref).”  Readers can participate in winning a prize but do not need to lose anything if they do not win.