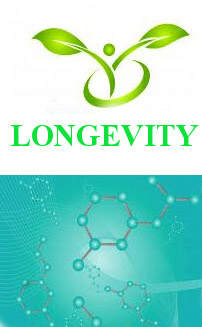 This is a progress report on the changing state of human longevity during the five-year lifespan of this blog.  It reviews major trends and forces impacting on our lifespans, both scientific and social.  Longevity can be viewed either from the societal viewpoint or the personal viewpoint.  It is impossible to comprehend one fully without considering the other.  From a personal viewpoint, enhanced longevity may come from taking a supplement or a “longevity drug” or pursuing a certain lifestyle practice.  And it also can come about as a result of background happenings in our society such as public health measures: cleaner air and water, availability of bike and walking paths, and less tobacco smoke.  I review some important trends here that are manifest today, and discuss how I see them to be interacting so as to create longer and healthier lives.  Five years ago, I speculated that the efficacy of practical interventions for life extension can be expected to double every seven years, proposing this as “Giuliano’s Law.” At the end of this blog entry I look again at that speculation.

So, this is a “big picture” blog entry looking mainly at the interaction of multiple factors impacting on longevity, how they relate, and how they are unfolding. It is a progress report, a snapshot from today’s view.  The main content of this blog is a summary review of trends with links to many (but by far not all) of the some 460 blog entries we have generated.

Jim Watson and I have published blogs of “Top-12 things I have learned about aging in 2013(ref)(ref),”  This blog goes further back and offers a five-year view, one that combines objective developments and personal opinion.

1.  SOCIETIES ARE AGING.  As a general trend, in all healthy societies in the world we are living longer and longer. This is an observed and unmistakable phenomenon, a trend since before the beginning of history that continues to accelerate.  The trend is widely recognized by international agencies and has resulted in new commercial initiatives to address the needs of aging and retiring “baby boomers.”  We have written about it extensively(ref)(ref)(ref)(ref).

Here is one graphical look at the history of human lifespans and projecting where they are headed:

Image source,  The line for the United States in 1970 has moved to the right to where it is now close to the leftmost dotted line,  The authors of the source article project human longevity increase in humans based on animal studies if calorie restriction mimetics can be found which effectively control inflammation and inflammatory-related diseases.  I am quite sure that achieving radical life extension will require addressing many additional biological pathways in addition to inflammatory ones, but that the projected extension of human lifespans may well be possible.

2.   SCIENCE OF AGING KEEPS EXPANDING:  There have been significant advances in scientific understanding of fundamental biological processes and how they impact on aging

3.  NEW DISCOVERIES CAN COME FROM THEORY OR OBSERVATIONS. Observed longevity phenomena are leading to theoretical understanding as well as the other way around.  These in turn inform interventions which can enhance health spans and lifespans.  Not all science starts with a theory and works towards practical results. In many cases an observation leads to a whole body of theoretical understanding.  This is the case, for example for the mTOR pathway, where suppression of this pathway is a proven way to extend longevity in a number of animal models.  mTOR stands for mammalian target of rapamycin a substance that was discovered in the soil of Easter Island and later refined into the drug rapamycin,  So first came the observation of what rapamycin did and after that came understanding of the mTOR pathway which is suppressed by rapamycin.  Examples of discoveries during the last five years and being very much discussed today include:

In summary with respect to science, there has been an increasing rate of breakthrough discoveries and upwards integration of knowledge. We have already identified and are increasingly testing novel longevity-enhancing strategies. And we may be getting closer to discovering even more-powerful anti-aging interventions 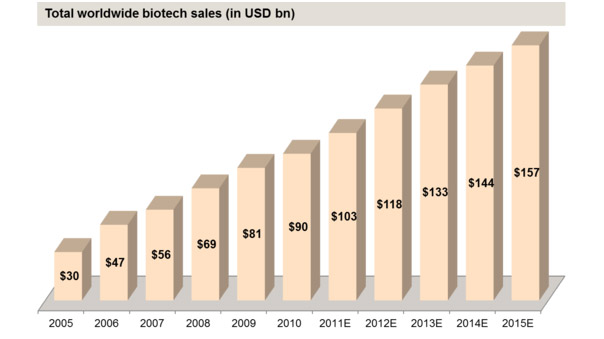 From the broadest perspective, a combination of better scientific knowledge, social trends and initiatives, industry and engineering developments are already propelling the general populations in our country and in other advanced societies towards greater health and enhanced longevity.  It is not just that science will do this in the future; it is already happening by the interaction of science, social and commercial developments and engineering developments.  Extending human lifespans is not just something that is going to be in the future. It is something very much with us in the fabric of what is happening right now.

From a personal perspective, I believe that the swelling stream of scientific knowledge about health and longevity is increasingly enabling earlier adapters to live lives that are longer, healthier, and more productive than the lives experienced in the general population.  Enhanced life extension is increasingly available for those willing to learn about how to pursue it and who are willing to modify their lifestyles and habits to bring it about.

Is such a projection reasonable?  Many highly reputable scientists think so.  “Earlier this year, researchers at the U.K.’s University of Cambridge and the Medical Research Council reported that people who exercise regularly, don’t smoke, limit their alcohol intake and eat five servings of fruit and vegetables a day live, on average, 14 years longer than people who didn’t.(ref)”

How do I assess all the above in terms of effectiveness of practical longevity interventions?  In March 2009, I posted a blog entry identifying what I called Giuliano’s Law (I must admit, a rather immodest naming act).  As originally stated:

I predicated Giuliano’s Law based on Moore’s Law as a model – the Law for microprocessor chips that stated: every two years, at a given price point, the power of a commercially available chip approximately doubles.  That Law had been in operation for four decades in 2009. And it still appears to be operational today.  For many of those years the doubling period was only 18 months, though I think it is now somewhat more than two years. I asked myself what were the scientific, engineering, commercial, economic and social factors that were driving Moore’s Law starting in the 1970s.  The operation of the Law was and continues to be driven by a combination of such driving forces, not just on any one, but by a synergistic combination of all of them.  And then I asked myself if there were equally compelling and interacting driving force factors affecting health and longevity today.  The answer was definitely yes, and this was the basis on which I predicated Giuliano’s Law.  I published a subsequent blog entries back in 2009: Factors that drive Giuliano’s Law which laid out the driving forces behind the operation of the Law.  In a sense, this current blog entry is an update of that one, laying out driving forces for the Law as they appear even more powerfully today, five years later.  And, several of the factors listed above were not visible in 2009.  Thus, it may be that Giuliano’s Law with its projected 100% increase in effectiveness longevity interventions over a 7-year period is too conservative.  Only time will tell.

Of course Giuliano’s Law has to be in the nature of a statistical projection.  Time of death for anyone will be a stochastic variable depending on numerous personal and environmental factors and on luck.  If you get mashed badly by a bus, a careful history of longevity interventions won’t help.

I strongly suspect that the Law is valid although 8 years may not be the correct doubling period  My own anti-aging regimen has evolved considerably from what it was when I generated the Law five years ago and I am doing fine, but I will tell my personal story in a different blog entry..

Acknowledgments.  The blog entries referred to here were generated by multiple associate researcher-writers as well as myself: Victor, Dan Campagnoli, Brendan Hussey, Melody Winnig and Mike Giuliano.  Jim Watson has been a particularly important contributor for over a year now, not only for his original writings but also for our intense and stimulating phone and e-mail collaborative interactions.  Melody Winnig has also served an importance literature surveillance function, bringing important findings to Jim’s and my attention on a daily basis, and as a blog proofreader.